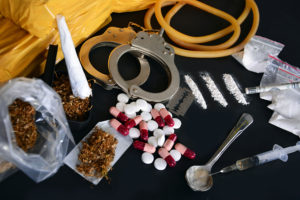 It Was, At First, A Wonder Drug

In 1884, the New York Times reported on a new wonder drug, called cocaine.   It cured hay fever, toothache, and even seasickness.   “Cocaine will cure even your worst head cold”, the newspaper proclaimed.

One hundred years later, in 1989, 46% of all arrests in New York City were for possession or distribution of crack cocaine. Today, it is estimated that more than 1.5 million people use cocaine each month in the United States.

And this is just cocaine.   Then there is Methamphetamine, Oxycontin, Xanax, Ecstasy, LSD, Tramadol, Valium, and Heroin, to name but a few.

Drug Use Brings About Drug Crimes

It is heart-breaking and sad, but we at Frias Law Firm understand and are aware of the problems associated with drug use.   We’ve handled a lot of these cases and we understand that what most offenders need is treatment and help, not jail time. Contact us today for a confidential discussion of your concerns.  We can help.