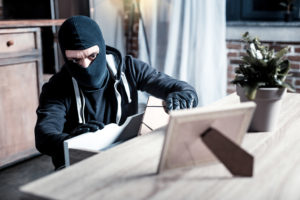 Frias Law Firm has handled hundreds of theft-related cases that occurred throughout the Santa Ana, Westminster, Fullerton, Newport Beach, Los Angeles, and Riverside areas.  If you are

A theft conviction is often the result of one mistake.   We believe everyone deserves a second chance.   Sometimes, innocent people are even false chargedwith a theft crime.

A Theft Conviction Can Harm You

Such a conviction can be harmful in terms of gaining a new job as employers perceive such an applicant as dishonest from the start.

State licensing boards will often deny licenses and certifications (such as a nursing license or a license to sell real estate) when there is evidence of a theft conviction.   Theft is considered as a moral offense, therefore it is reasoned that such people are not qualified to work in positions such as these.

Our approach is to pore over all the facts of a theft criminal case.     The prosecutor has to prove your guilt ‘beyond all reasonable doubt’ and we can often get the case dropped right at the beginning if there is not enough evidence.   The matter can be kept off your record.

Even if there is enough evidence to convict you, the criminal defense lawyers at Frias Law Firm can negotiate on your behalf to get the theft charges trimmed down or even dismissed.

Should you be a first offender, your chances are very good not to get a permanent criminal record.   The courts are a bit more lenient and the charges will often get dropped if you agree to reimburse the injured party, do community service or go for counseling.

In her defense, she did leave a note.

The very first auto theft in America happened in 1888.   In the legal sense of the word, it was actually a joyride.

Bertha Benz could not stand it that her husband’s invention was just standing there in the workshop.   It wasn’t going anywhere soon.  So, she decided that the best way of boosting her husband’s confidence in his own invention was to go and visit family, 90 kilometers away.   The trip was a huge success.   Bertha and her two sons drove the car all the way and back.    Read the story here.

Auto theft can actually be two different offenses:    Grand theft auto and joyriding.    Bertha’s trip was a joyride because she only intended to ‘keep’ the car for a short while and take it for a spin.     If your intention is to keep the car permanently, you will be charged with grand theft auto.

In 2016, more than 176, 700 cars were stolen in California alone.   Overall, auto theft has been steadily climbing over the last few years.   Industry observers say this is due to the fact that thieves are getting smarter.   They acquire smart keys, switch vehicle identification numbers and use stolen identities to drive expensive vehicles right from the shop floor.

Legal Defenses Available To You

We can help you get your vehicle theft charge dismissed or reduced.   There are several legal defenses that can help you.   It can be that:

In California, there are two categories of burglaries: those of the first-degree and those of the second-degree.

When a residence is burglarized, it counts as first-degree burglary.   Second-degree burglary is when the burglar enters any other structure such as a warehouse, store or a business.

I Have Been Accused Of Burglary – What Can I Do?

Contact us at Frias Law Firm.  We will carefully look at the unique aspects of your case.   We can take the position that you did not have the intent to commit a crime when you first entered the building.     You could have believed that the items stolen legitimately belonged to you or it could be a case of mistaken identity.

California criminal fraud laws are violated when an act is committed where a person receives an undeserved benefit and when it causes harm or loss to someone else.   Mostly, the act to commit fraud is driven by financial gain.

Fraud can take on many coats:  You get insurance fraud, fraud in real estate transactions, credit card fraud, stolen identity fraud, nursing home fraud, and mail fraud.   There is nothing under the sun that is safe from fraudulent scammers.

A California fraud offense can mean jail time or a lofty fine.   The facts of each case and your criminal history will be taken into account when the type of penalty is decided upon.   In some cases, fraud can be an automatic felony and it can also be seen as a federal crime.

Fortunately, there are some legal defenses available to fraud crimes.   We at the Frias Law Firm are skilled in these cases and we can put together a defense on your behalf.   Some of the most common fraud defenses are:

On the 17th of May, 1995, an M60 army tank was stolen from the California Army National Guard Armory.   The thief was an unemployed plumber.   He went berserk and destroyed everything in his path, trying to get away.

As he could only go at a top speed of 30 miles per hour, the tank was quickly found and ‘chased’ by the police.   Eventually, the thief – who was tormented by diverse setbacks in his life – was shot by the police and he died on the scene.

Grand theft is defined as the unlawful taking of the property of someone else and the value thereof should be more than $950.   Stealing an army tank would, therefore, resort under this definition.

Shoplifting can also be grand theft if the item that was stolen has a value of more than $1000.

Our experienced California criminal defense attorneys can help you beat the charges of grand theft.   We had to look at the merits of each case on its own, but there are quite a few legal defenses open to you.

We can take the position that it was not your intention to steal, that the supposedly stolen items actually belong to you, that you were wrongly accused and the owner of the item that was stolen told you that it was alright to take it.

(Unfortunately, none of these defenses would have worked for our friend, the plumber.)

What Is Petty Theft?

Petty theft is, in essence, the same thing as grand theft.  The only difference is the value of the item that was stolen.   For a crime to be labeled as ‘petty theft’ the product or item stolen must have a value of less than $950.

Most petty theft crimes occur when someone just takes something that belongs to someone else.  But, petty theft can also take more ominous forms.

There is ‘theft by trick’ when a price tag in a store is swapped on an item so that a person can pay less for it.  ‘Embezzlement’ is when money that was entrusted to a person, is taken.  ‘Theft by fraud’ is when you lie to someone in order to get them to give you their property.

Shoplifting is also a type of petty theft, but it has its own definition.   To count as shoplifting, a person must enter any business during its opening hours, with the intent to take a product worth less than $950.

We understand – people make mistakes.   Don’t let one mistake ruin the rest of your life.    We pride ourselves on our listening skills.

Much of the same defenses are available for petty theft than those listed under ‘grand theft.’  But, in order to be of the most help to you, we need to discuss your case under four eyes.

Definition Of Being Robbed

The Penal Code defines robbery as “the felonious taking of personal property in the possession of another, from his person or immediate presence, and against his will, accomplished by means of force or fear.”

“Your Money Or Your Life”

It is the classic ‘stick your hands in the air’ scenario.

But, robbery can also be committed inside a home when the inhabitants are threatened with physical harm before stealing their personal property.   You can also be robbed if you are drugged and then had your possessions stolen.

First-degree robbery is when a driver or passenger in a bus, subway or car is robbed.   It can also be when the robbery takes place in a building among other people.    When someone is robbed at an ATM, it is also seen as a first-degree offense.

This type of robbery will lead to time in a California state prison and a sentence of up to 9 years.   The maximum time spent in jail for a second-degree robbery (all other scenarios) is 5 years.

Threatening someone while committing grand theft or petty theft, in order to escape, also constitutes robbery.   This is often referred to as an Estes Robbery and this is when a minor theft offense turns into a serious robbery offense.   Your criminal defense lawyer would want to know what was said in this situation and what initiated the struggle.

All Is Not Lost

If you or a loved one is accused of robbery, you have excellent criminal defense is available to you, here in Orange County.   Frias Law Firm can help you.

Consult with a criminal defense attorney if you are charged with a Robbery.   It is a serious charge and we will do all we can to get you the most favorable outcome.