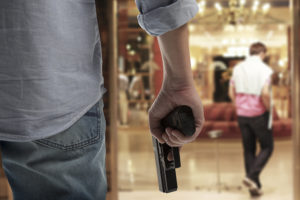 Are you or someone you know facing charges for a violent crime?  Are you lost and don’t know where to go for help?  If that sounds like your situation, then you are in the right place.  Frias Law Firm can give the best defense to those facing charges such as, Assault and Battery, Assault with a Deadly Weapon, Arson, Kidnapping, Attempted Murder and Murder in Santa Ana and all throughout Orange County. Because every violent crime involves an alleged victim, prosecutors and more motivated to “seek justice” and often impose very harsh penalties.  You need an aggressive criminal lawyer in Santa Ana to defend you.

Police officers are quick to arrest and prosecutors to file charges in violent crime cases.  Because of this, they can ignore evidence or jump to conclusions too quickly.  A good criminal defense attorney can mean the difference between a guilty plea with prison and getting to the truth, so you can stay out of jail and keep your record clean.

Frias Law Firm understands the stress your going through.  It is our job to take that pressure off you and to make you feel better, knowing that you have the best defense and that everything is under control.  Maybe you did commit the crime.  That doesn’t change the fact that with Frias Law Firm, you will have the best defense at your disposal to ensure that whatever happens, it will be fair and just.  And if the evidence just isn’t enough, Frias Law Firm will be there to fight for a dismissal of all charges.

Don’t wait until it’s too late.  Call Frias Law Firm, at 714-418-5100, and set up an appointment to visit our office if you or a family member has been arrested or accused of a violent crime.   We will discuss your case and show you how we can help.

Do Not Use In The Same Sentence

‘Assault’ and ‘battery’ are often used in the same sentence.

But, in fact, in California, the two is seen as two very distinctive crimes.   Assault is the attempt to use force or violence on someone, whereas battery is actually doing it.   If someone cuts in front of you in the supermarket line, and you hit him, it is battery, not assault.

But I Did Not Even Hurt The Guy

Battery need not be severe for someone to be found guilty of it.   If you touch someone in any offensive way, it can count as a battery.  The ‘victim’ can be without any injury.

In our supermarket scenario, the hitter can be fined up to two thousand dollars and face up to six months in jail.

You did not think that minor scuffle would result in a battery charge.   No one was even hurt!   We can help you.   Possible legal defenses against a battery charge might include:

Assault with a Deadly Weapon

It speaks for itself.   A person is charged with ‘assault with a deadly weapon’ when a firearm, knife, bat (or any other potentially deadly instrument) is used to physically attack someone else.

In just a ‘normal’ assault, there is no weapon in close proximity.

A deadly weapon can be anything that can hurt someone if you use it in that manner.

The penalties for an assault with a deadly weapon will depend on the type of weapon, if the victim was hurt (and how severe) and if the injured party was a firefighter, police officer or any other protected person.

A consultation with an experienced Orange County criminal defense attorney is your best bet when accused of this crime.

There are some legal remedies available to you such as the fact that there was no intent to use the weapon, you did not realize the object was an actual weapon or that you were mistakenly accused.   We are confident that we will be able to offer some solution.

If you were confronted this way and did not mean to harm anyone, arrange a private consultation with us.  There might be something that we can do.   Call 714-418-5100 today.

Enjoying a bonfire on the beach and socializing around it is one thing.   Deliberating setting a fire to a building or someone’s personal property is very far from a bonfire – it is called arson.

In California, it is a crime to willfully set a fire to any structure, land or property, whether it is your own, or someone else’s. Even reckless behavior that causes a fire can be counted as arson – like when you don’t put out a picnic fire despite signs telling you to do it.

Punishment for arson would depend on the type of property that burned, whether or not someone was hurt in the fire (or died) and whether the fire was set willfully or recklessly.

Our First Consultation Is Free

At Frias Law Firm, we know that such an accusation is sometimes made without grounds.   Our arson defense attorney will discuss your options with you.   We can try to have your arson charges reduced, or even get them dismissed.   Contact us at 714-418-5100 as soon as possible.

When someone is moved a considerable distance and fear or force was used to do so, the act can be described as a kidnapping. ‘Force’ can mean actual, physically overpowering the victim or just threatening to do so.   ‘Fear’ can be as simple as intimidation.

Aggravated kidnapping is more serious.   The penalty is life in prison.

Circumstances of aggravated kidnapping can be when a child under 14 is kidnapped, when a ransom is also demanded, when the victim dies or suffers serious harm or when the kidnapping occurs together with a carjacking.

The Legal Defenses Applicable To Kidnapping

There are many things that your Orange Country criminal defense lawyer can do to help you, should you be accused of this crime.

The situation might have been such that it can’t even be classified as a kidnapping – maybe the ‘movement’ was not far enough, or the victim could have come with you willingly.   Even the evidence could simply be lacking.

We can help.  But, we need to know the whole story in order to be able to prepare for your defense.   Talk to us and give us your side.  You need an experienced criminal defense lawyer to take on your case.

What Is The Difference Between Murder And Attempted Murder?

Murder is defined as the killing of a human being where the killer knows that the person he is attacking will most probably die.   He does the act, without a regard for human life.

Attempted murder is the same, but with the difference that the person was unsuccessful.  He tried to kill someone, taking at least one direct step in that direction and his intention was definitely to do so.   The ‘direct step’ can be any action to put the murder-plan in motion.

Murder itself can be further broken down as first-degree murder and second-degree murder.   For an act to be murder in the first degree, there must be some or other ferocious device used, the murderer must have lain in wait or tortured the victim.  The act must have been premeditated.   All other types of murders, without these elements, are second-degree murder.

Legal defenses that can be used in a murder accusation can be:

We Will Seek Justice

At Frais Law Firm, we know how to seek justice for our clients.   We have private investigators, DNA experts, forensic experts and jury consultants at our disposal.   Handling a murder case is complex and not easy.   Even an attempted murder case is technical and multifaceted.  You need us on your side!

You need to know that you can trust us.   We will fight for you and protect your rights.   Consult with one of our criminal defense attorneys at 714-418-5100 as soon as you possibly can after your arrest.